On the evening of October 16th, Beijing time, Guangzhou Evergrande defeated Hebei Huaxia Fortune 3-1 in the first match of the Chinese Super League Championship. The "Blond Boy" Wei Shihao, who made his comeback in the second half, became the biggest contributor to Evergrande's victory. 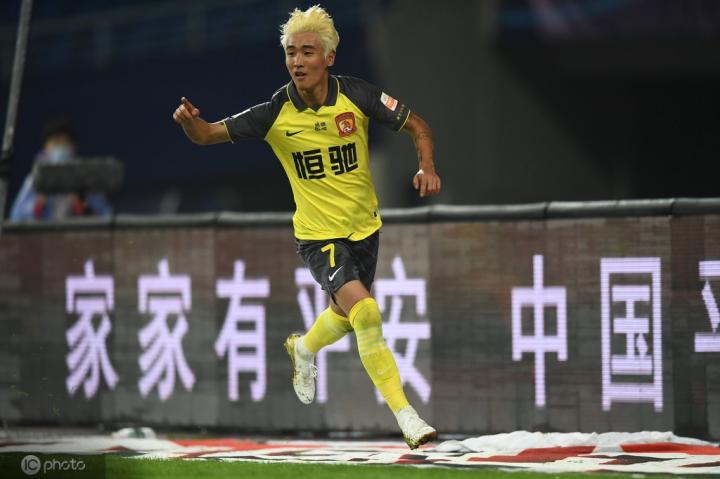 Prior to this game, Wei Shihao had missed 9 consecutive Super League games due to injury. This campaign once again entered the big list. Wei Shihao's newly dyed blonde hair also made him the focus of the fans' media attention from before the game. However, some fans are beginning to worry about Wei Shihao's state: How is his recovery after a long absence? Have you put all your energy on football?

In stoppage time, he even seized the opportunity to score with a header, helping Evergrande to seal the victory 3-1.

In the post-match interview, Wei Shihao was also asked about the hairstyle. He said: "Like last time, Lao Ka (Cannavaro) said that if I didn't score a goal, I would cut my hair."

In addition, Cannavaro also revealed a short story: "At the airport a few days ago, there was a video on the Internet. Wei Shihao pushed me with a BMX. This was a punishment. Zheng Zhi and Paulinho were all pushing luggage. He didn't push, so I let him push me." It seems that Cannavaro does have his own way of managing "stinger head" players.