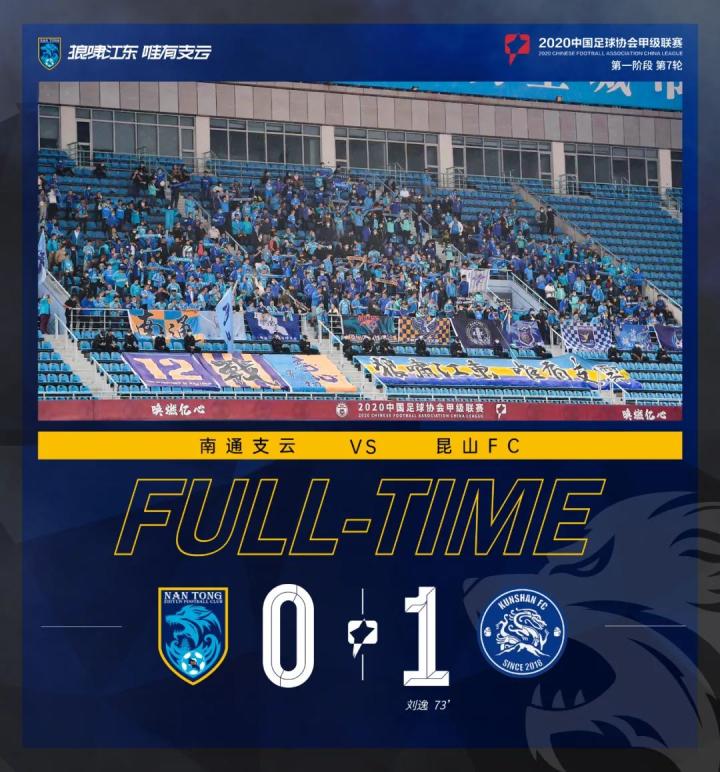 At 8:00 pm on October 4th, Beijing time, Changzhou Olympic Sports Center ushered in a duel between Nantong Zhiyun and Kunshan FC in Group C. In the second round of the contest, the two sides played a faster-paced offensive and defensive transition as soon as the game opened. After being scored by an opponent in the second half, Zhi Yun created good opportunities to score many times, but unfortunately he failed to score. After 90 minutes, Nantong Zhiyun defeated Kunshan FC with a goal.

Voice after the game 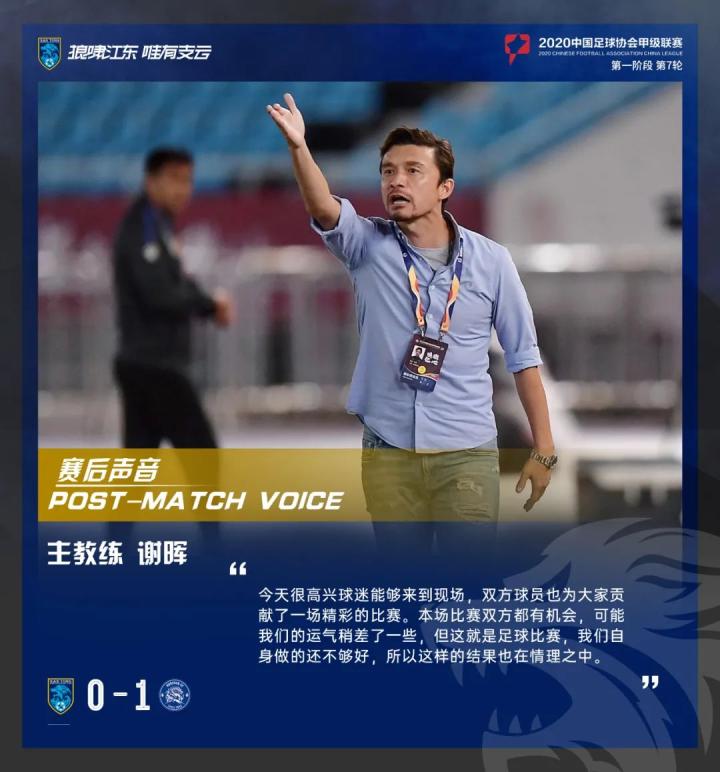 Q1: Will the first defeat of the season make players pay more attention to their performance on the court?

Xie Hui: As a team that struggled to relegation in the final round last year, the league’s performance this year to the present is, in a sense, much better than last season. Judging from this year's lineup and foreign aid, the current ranking matches its own strength.

Q2: The players are a little bit lost about this result. What did you say to the players in the locker room after the game?

Xie Hui: In a sense, this is a better game. After watering the field today, we can clearly see that our ball possession, passing and receiving data have been significantly improved, and such a field is more suitable for our players. 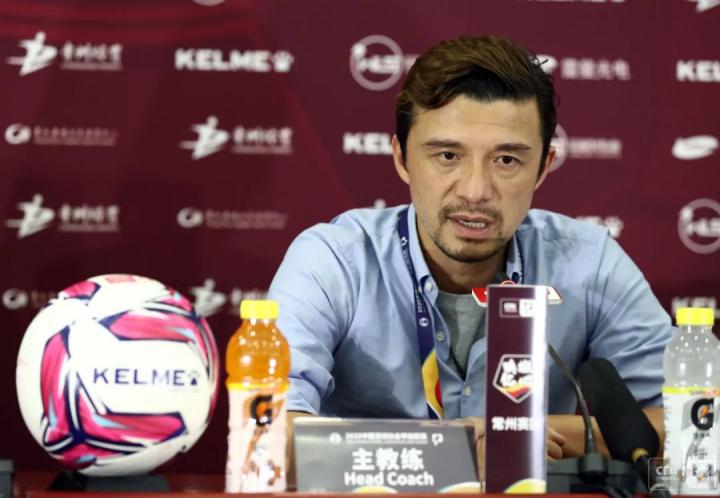 In the 13th minute, Xu Junmin broke through and caused a foul by his opponent, and his free kick was slightly wide of the goal.

In the 84th minute, Nan Yunqi, who came off the bench, volleyed his left foot outside the penalty area, but it was a pity that he hit the post! Chagas's fill shot was also higher than the goal. 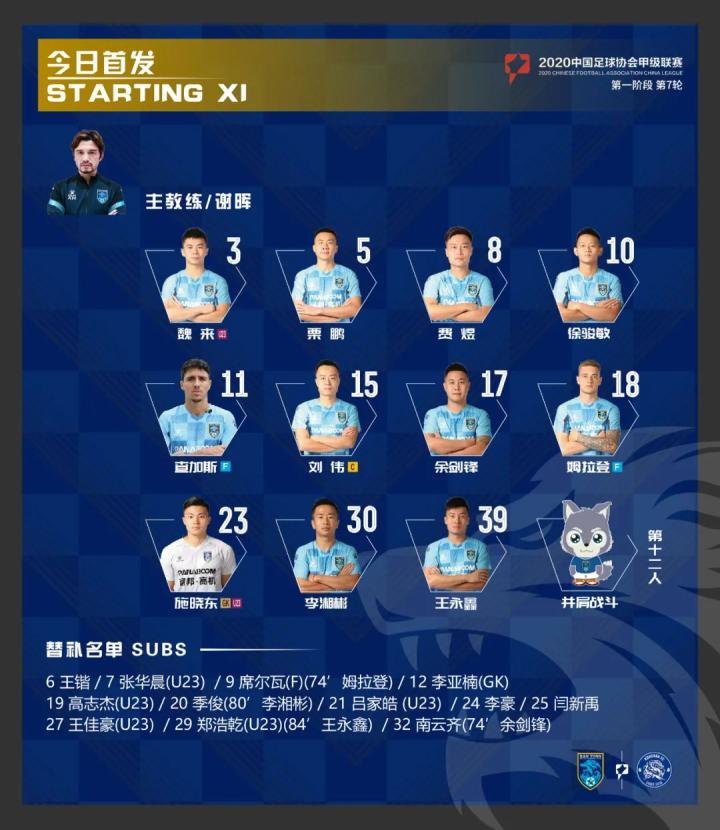 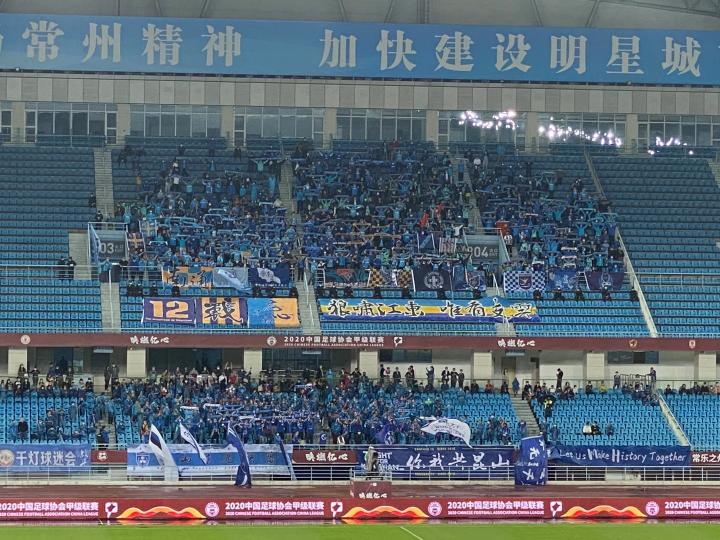 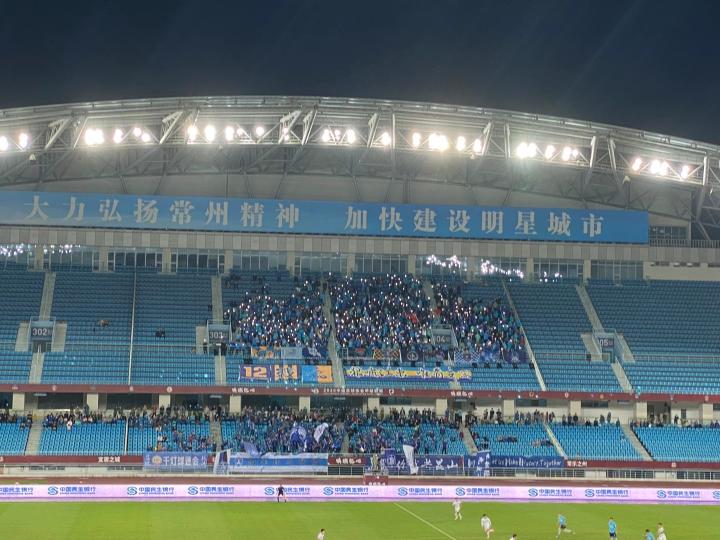 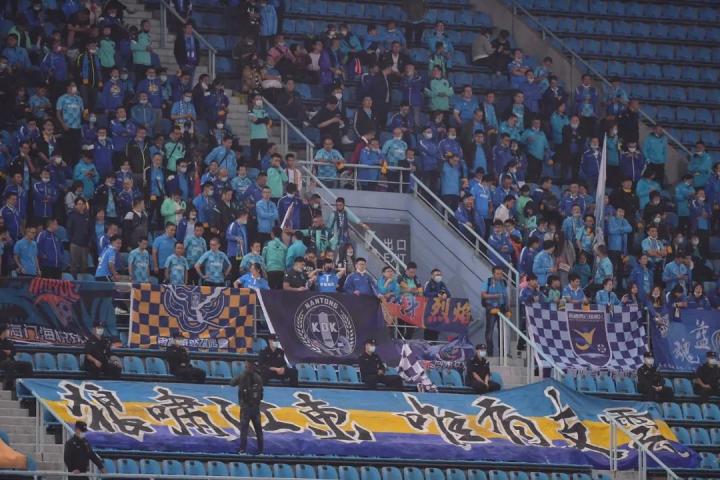 The Jiangsu Derby coincides with the National Day holiday. The Changzhou Olympic Sports Center swarmed more than 600 Zhiyun fans to the scene to cheer for the hometown team. The drums are sonorous, the war hymn is high! For the first battle this year, thank you, Zhiyun will never go alone!

Moments of the game 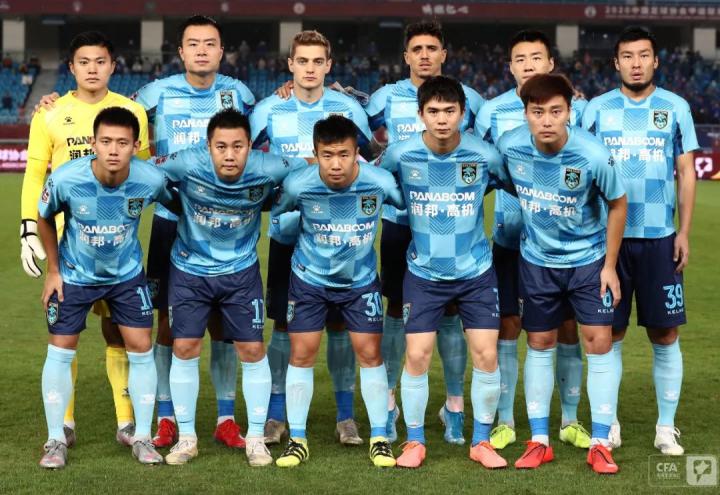 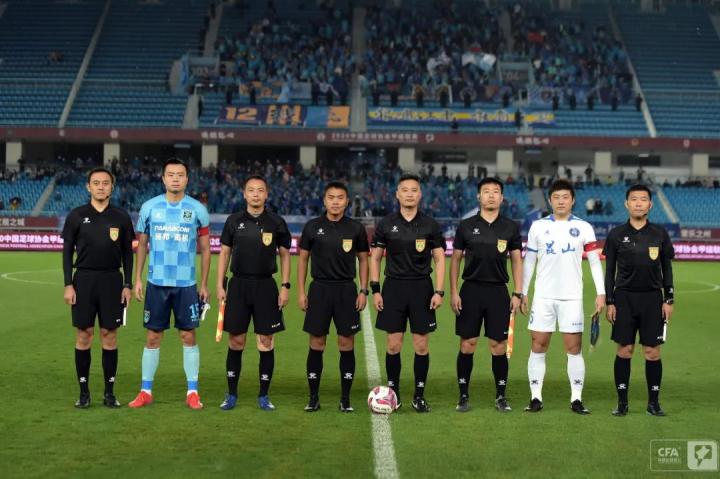 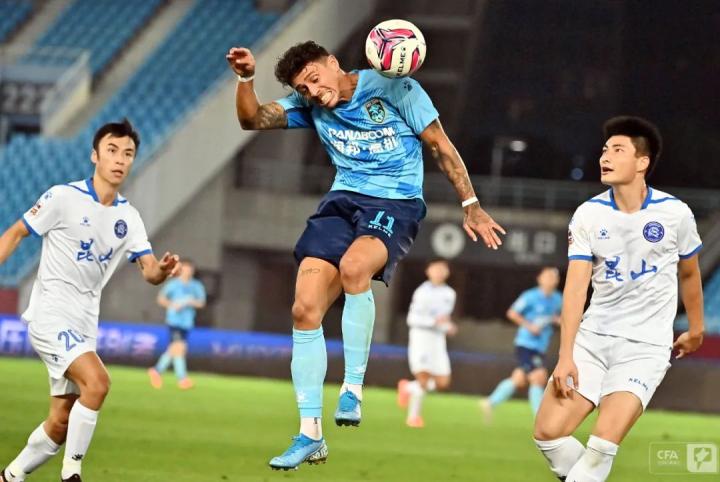 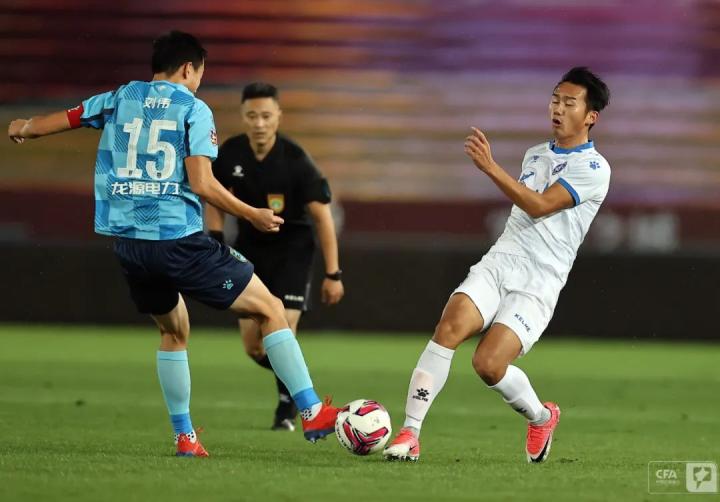 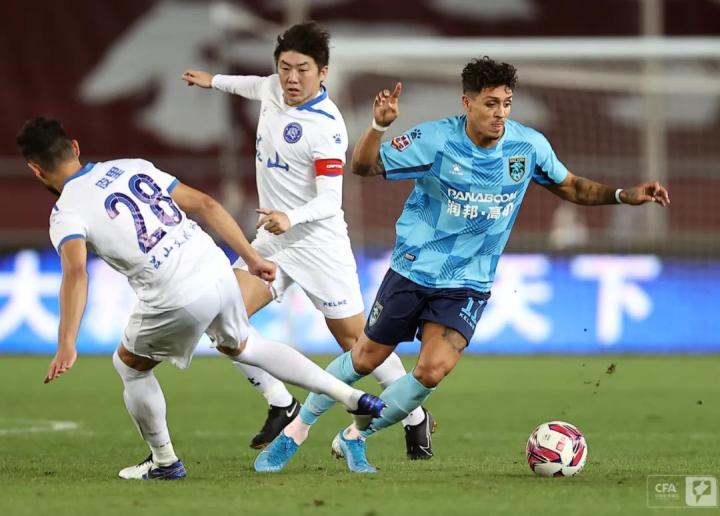 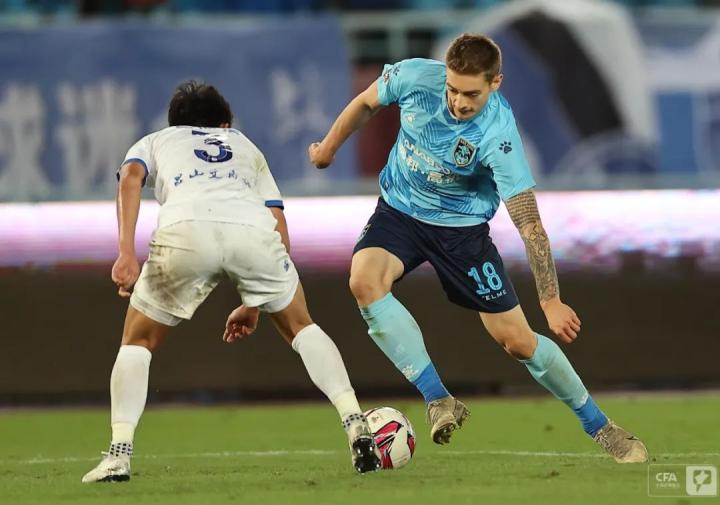 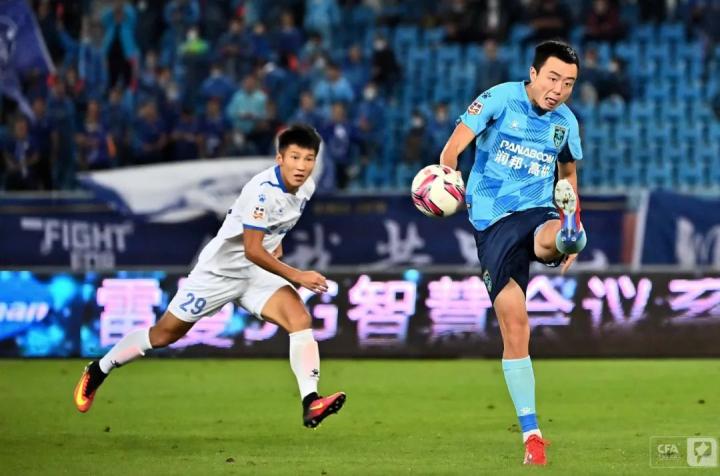 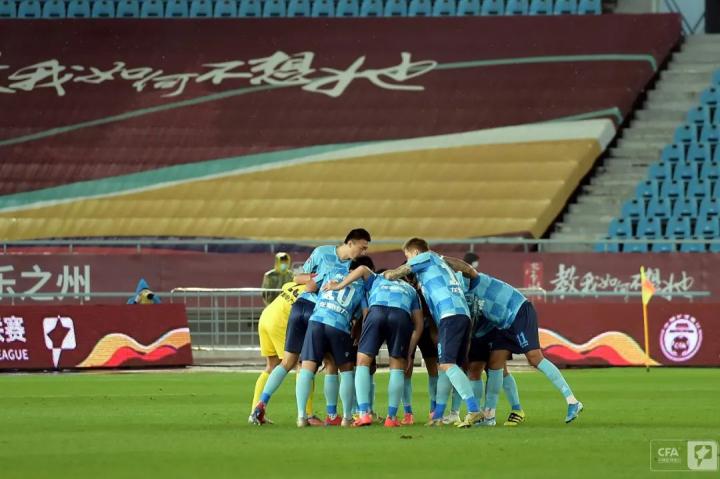