Recently, the Spanish newspaper "Aspen" conducted an exclusive interview with Guoan's foreign aid Vieira. He talked about his life in China and his outlook for this season. 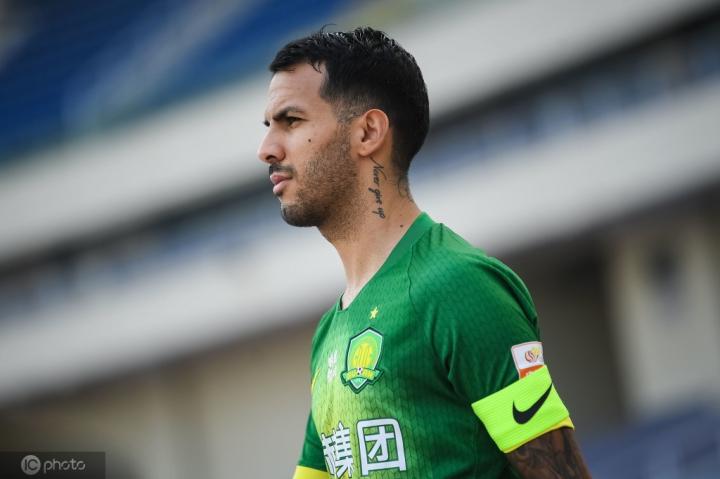 I don't like long periods of isolation, but the format of this season is pretty good. Although I prefer the traditional competition system before, it is understandable considering the special circumstances of this year. It's just that everyone is too far away from their families and it is very difficult for everyone. The staff took good care of us and the facilities in the competition area were also great.

Although it is difficult, I am confident. SIPG and Evergrande are strong opponents, but we need to believe in ourselves. If we don't believe in ourselves, it will be difficult to win. They all thought they could win the championship, and their confidence floated to the sky. We are different from them. Luneng's game is difficult to play, if we pass the barrier smoothly we will gain a lot of confidence.

It is difficult to defeat SIPG and Evergrande, and we need to try our best to be perfect. We played SIPG twice this season and we had three obvious penalties that were not awarded.

(Sighs) The most important thing is that they can't understand you and they can't explain to you. They look at you but don't know what you are talking about. Since I arrived in China, not being able to communicate with referees is what makes me most dissatisfied.

Learning Chinese is too difficult. I don't know anything about Chinese. I only know a few simple words.

No one played music before the game. Everyone was immersed in their own world. Sometimes we (foreign players) would play music, and everyone could play music, but the Chinese teammates did not take the initiative to do it.

I come from a football country that advocates transmission and control. When I go to China, everything becomes difficult, but the Chinese teammates in our team are the strongest in the entire Super League. They understand the game and organize the attack at the best level.

It's the same, you can only stay in the hotel. This year is too difficult. I have been quarantined and cannot find someone to kill time. In Las Palmas I often play cards with my friends, and now I really have nothing to do.

Take a look at my day: the gym in the morning, training in the afternoon, and at other times I use my mobile phone to chat with my family, or go to a teammate in Brazil to chat. There is very little to do.

Last year we were assigned to the strongest group (the same group as Jeonbuk, Urawa and Buriram), and ultimately failed to qualify, but this year we will definitely be able to. We won the first match against Chiang Rai United and created a lot of opportunities, but it is still early. We are currently focusing on the league championship.

I have a good relationship with their chairman. He often comes to ask me how I view the team. I think the team's performance deserves more points. I like this team very much. They have a group of ambitious and ambitious young people.

I will stay in Guoan until the end of the contract, but I don't know after that. I have received offers from other European teams, but I rejected them all. Because I said to myself: If I want to return to Europe, I will only go to Las Palmas to play. Because that is what I owe them.

I should regret it, I had the opportunity to go to Barcelona or enter the national team. But these mistakes made me more mature and focused.